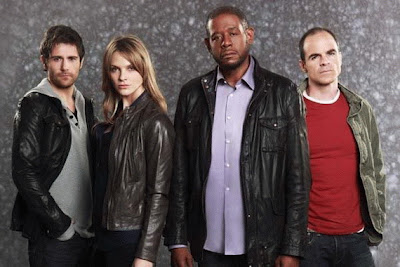 Over a year ago my brother introduced me to the TV show Criminal Minds. I quickly became a huge fan. Now criminal investigation shows are a dime a dozen nowadays, but Criminal Minds is my current favorite out of all of them, and that is saying something because I do enjoy other similar shows like NCIS, Bones, Castle, and CSI. The reason I like Criminal Minds is because it is the most realistic crime drama. This fact does turn a lot of people away because of how dark and scary it can be, but that doesn't bother me in this case because it deals with a lot of psychological issues and really gets you inside the mind of the criminal, thus teaching you a lot and I find that fascinating. So in this past year or so, I got through all seven completed seasons and caught up with the series as they are currently in their eighth season. Along the way they included an episode with a second Criminal Minds unit known as a red cell that helped them with a case. That episode was there to set up a spin-off series called Criminal Minds: Suspect Behavior. It started in February of 2011 and went for one half season of 13 episodes. It never got off the ground in terms of popularity and CBS decided to cut it short and not bring it back for a second season. After catching up to Criminal Minds on TV, I needed another show to follow, so despite knowing that Suspect Behavior had been cancelled, I decided to give it a shot. Turns out I was really disappointed that it got cancelled as it was a good show that had a lot of potential. 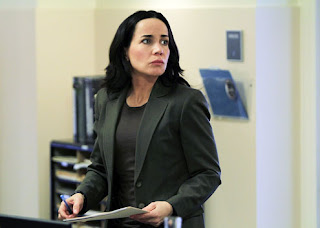 Suspect Behavior featured Forrest Whitaker as the lead of the team and Janeane Garofalo, Michael Kelly, Beau Garrett, and Matt Ryan (not the Atlanta Falcons quarterback) as team members with the lovable Kirsten Vangsness reprising her role as technical analyst Penelope Garcia for the spin-off show. The biggest challenge of a criminal investigation show is getting together a cast of people that just connect with the audience. You can have the best writing and best villains, but if you don't have a likable cast then you don't have a show. I feel that this was the biggest problem for people with this show. Criminal Minds fans have been so used to the fantastic cast of Criminal Minds that it was hard to get used to this new cast and thus after an episode or two they gave up and just didn't give them a shot. However, I really enjoyed this cast. I especially liked Forrest Whitaker as the lead role as well as Michael Kelly and Matt Ryan. I hadn't gotten used to the two girls on the quite yet, but I feel that I could've grown to like them more. And as far as Kirsten Vangsness goes, I absolutely love her in Criminal Minds, but I don't think she quite fit with this cast. They should've had their own technical analyst. 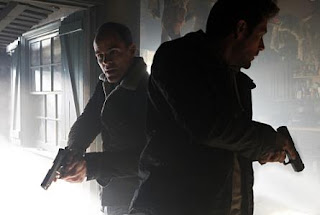 Was Suspect Behavior perfect? No. It had it's issues. The specific story lines in the episodes at the beginning weren't particularly strong and the criminals at times weren't completely believable, which was sad considering that was the strong point of Criminal Minds. Also, I've never been a huge fan of the random personal drama on Criminal Minds that lasts an episode and instantly is solved by the next episode. Sometimes it works really well, but other times it detracts from episode. Suspect Behavior does a particularly poor job at this aspect. However, despite not being a perfect show, the big key is that Suspect Behavior got better as it went along and by the time the finale came around, that episode was just as good if not better than the normal episodes of Criminal Minds and I feel that there was a lot of things that they could've built on to eventually create a show that was just as good as the original Criminal Minds and thus it was extremely disappointing that this show wasn't given a shot at even airing one more season. CBS really failed when they cancelled it. Shame. 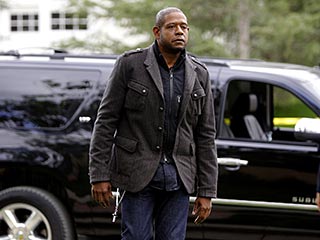 Now on a side note, I want to discuss the finale real quick and in doing so, I am going to throw up a quick SPOILER ALERT because this paragraph is really meant for those few people who cared enough to watch the whole show. As a recap, they face a criminal duo that kidnaps people's loved ones then contacts the other party and tells him or her to go to a public place and shoot someone or else their loved one will be killed. As the finale goes on, Agent Beth Griffith (Janeane Garofalo) gets kidnapped and Sam Cooper (Forest Whitaker) is the one that is contacted. Sam Cooper is told to come to a certain spot and he does. What he finds is that the person he is asked to shoot is one of the two men in the duo, the one who they learned all about who is a troubled individual that is being used. Sam Cooper wants really badly to help him rather than shoot him, but a gun is being held to Beth's head and if Cooper doesn't shoot the guy, Beth is the one that is going to get shot. The episode ends when time runs out and a gun is fired. However, we do not see on screen which gun was fired and the episode ends. This is a fantastic episode and a fantastic ending. Sadly, we are left on a forever cliffhanger and will never know how the story resolves because it is after this episode when the series gets cancelled. I searched the web for answers and could not find any official statement by a cast or crew member on how they were planning on resolving that, so instead after much thinking, I have come to the conclusion in my mind that Sam Cooper couldn't get himself to fire his weapon in that scenario and thus Beth is the one that gets shot and killed. This would lead to a very emotional and tragic opening to the second season that would include them eventually finding and arresting both men in the duo, but ending the episode with a funeral procession for Beth. They would need to hire a replacement for her, but they could do it. It would be a really sad episode, but it would be one that would go down as one of the best episodes of the show had it been given the shot to go forward. But that's just my opinion. If you have seen this episode, please feel free to post your thoughts about what would've happened in the season opener because I would be interested in reading them.
Posted by Adam Droge at 11:51 PM