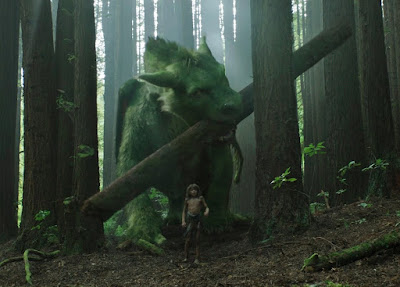 Here we are again with another remake of a Disney "classic." The trend began in 2010 with Tim Burton's Alice in Wonderland, which piggy-backed off the 3D success of James Cameron's Avatar to make over $1 billion worldwide. When Disney finds a trend that works, they ride that trend until it's completely dry, which is why they are one of the most successful businesses ever. I'm not going to list all of the Disney classic remakes because that list is becoming too long, but I will recap that this year we have Disney providing us with a remake of The Jungle Book as well as Alice Through the Looking Glass, a sequel to the aforementioned Tim Burton phenomenon, with Warner Bros. delivering The Legend of Tarzan. Disney scored big time with The Jungle Book, which currently has earned $947.6 million worldwide, but had a huge misstep with Alice Through the Looking Glass, which has only earned $76.9 million in the U.S. on a $170 million budget with $292.3 million worldwide. The Legend of Tarzan, on the other hand, surprised big time as it's earned $124.9 million in the U.S. and $347.3 million worldwide and counting. Warner Bros. is happy about that. And now Disney is up to bat again with a remake of... Pete's Dragon? Yup. And it's surprisingly good.

You'll note that I put "classic" into quotation marks when talking about this trend. That's because Pete's Dragon can hardly be called a classic. As with every Disney movie, there is a portion of people who love this movie, but I'd argue that the childhood nostalgia factor plays a much bigger role with that crowd than some of Disney's other movies that still hold up when you re-watch them as an adult. Simply put, the original Pete's Dragon is really not that great of a movie. Fun idea, but poorly executed on just about every level. And it's not remembered nearly as well by the general public. It only has a 6.3 on IMDb with a mere 16,940 votes. Compare that to Disney's The Jungle Book from 10 years earlier, which has a 7.6 score on IMDb with 123,542 votes. On the critic's side of things, Pete's Dragon carries a 48 percent on Rotten Tomatoes compared to the 86 percent that The Jungle Book has. So if it wasn't as well-liked or remembered, then why did Disney select it as their next project when they had so many better options to remake? You got me. That's why I wasn't expecting anything from this at all. Which is a big part of the reason why this shocked the heck out of me. If you would've told me back in May that Pete's Dragon was going to be one of the summer's best blockbusters, I may have laughed at you. 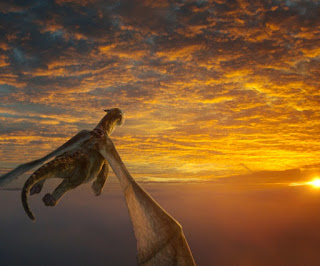 It's worth noting right from the beginning that this movie has Disney formula written all over it. There's no huge surprises. No crazy twists or turns. You know exactly where the movie is going to go right from the opening scene. They totally play this safe. But do you know what? That's not always a bad thing. This is Disney knowing who their audience is and playing to that audience. They've been making family-friendly movies since the 1930's and have charmed that audience time after time. They're good at it. They know what works. If it ain't broke, don't fix it, right? This is them playing those same notes, but in this instance they play those notes perfectly. This is an absolutely fabulous family adventure that that kids and parents can both love. It provides a fun adventure, great characters, and a positive message that hits just right. When it comes to remakes, this is an example of a remake done right. Most remakes today are no more than a cash grab. Studios will take a well-loved movie and do it again for some extra cash. These frustrate me. Why can't we just enjoy the original movies if they are great movies? But as I mentioned with the original Pete's Dragon, it's a fun idea that is very poorly executed. Someone from Disney looked at that property and said that they can take that idea and do it right this time around, especially since we have the technology to design a believable, live-action dragon.

As far as the story goes, Pete begins the movie as a 5-year-old kid going on an "adventure"  with his parents. Sadly, they get in a car crash and Pete is the only one that survives. Out in the woods all alone he runs into a dragon and the two of them become best friends. Six years later, Pete has become a little Tarzan kid who has developed a very strong bond with this dragon, who he has named Elliot. Due to a certain chain of events, Pete gets forced into the real world after being found by a certain family and thus is separated from Elliot. While he's figuring out how to adjust to the real world, Elliot is out to find where he went, but instead runs into the wrong crowd and thus is hunted by this small group of people led by Carl Urban as he is deemed dangerous. First off, Elliot is definitely what I call a dragon dog. I referred to him as this before I saw the movie because he looked like a mix between a dragon and a dog. That title rang even truer as I watched the movie because Elliot also acts like a mix between a dragon and a dog. I was worried about this heading into the movie, but I fell in love with Elliot so fast. He is an adorable little dragon dog with an incredible personality and a ton of emotion. The chemistry between this CGI dragon dog and this 11-year-old Tarzan kid is incredible. The look on Elliot the dragon dog's face when he was sad tore me up.

This dragon dog might actually be the best character in this movie and if you're a pet lover like me, I'm sure you'll fall in love with him just like you would with your own pet dog. Right along with this dragon dog is the incredible performance from the young kid who plays Pete. It's hard to develop a great, believable relationship with an animal on screen, especially if that animal is a CGI animal that's not actually there during filming, but this kid pulls it off. It's so good that the movie pulls at your heartstrings on multiple occasions, both in sadness when they are separated and in joy when they are together. But this kid is also incredible when he gets forced into real life and has to adjust. The performance reminded me a lot of Jacob Tremblay in Room in how he reacted to the real world like a normal kid that age would react. And speaking of relationships, he also develops an incredible relationship with the young girl in this family who adopts him. The friendship between those two kids is just a joy to watch unfold and both child actors deserve some serious praise for their roles. Bryce Dallas Howard and Wes Bentley play the couple who take Pete under their wing and I have to say that this is a pretty solid on-screen family that is put together here with the frosting on the cake being the great Robert Redford as the grandfather. 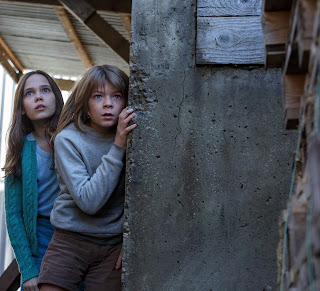 Yes, a lot of fantastic characters in this movie with Elliot the dragon dog taking the cake. Oakes Fegley and Oona Laurence play the two young kids in the movie. I have to make sure I mention them by name since they are both great! On top of all these relationships, I was fully invested in this story. It's much different than the 1977 Pete's Dragon, which is rather bizarre. This is a movie about a boy losing his parents. It's a movie about a boy and his pet/friend dragon. It's a movie about a boy being separated from that dragon and learning how to adjust to the real world. Then it's a movie about reuniting with this dragon and going on this fun, emotional adventure in the third act with a "villain" in Carl Urban who has good reason to be hunting this dragon. There's a lot of moments where this movie takes it's time to set things up. Yet there's not really a dull moment. The flow and the pacing are great. The movie is visually stunning and has a phenomenal soundtrack, which includes my girl Lindsey Stirling providing one of the many great songs that fit the tone of the movie very well. I'd go as far as saying this feels like an old-fashioned Disney movie that has all the emotions and feel-goods that you would expect that could become a childhood classic for today's kids.

It's been a very average summer to say the least. Even movies like Jason Bourne or Suicide Squad that I personally enjoyed I realize could've been a lot better and thus didn't quite live up to my lofty expectations. On top of that, there were a lot more movies that were flat out duds. Pete's Dragon is a movie that I was totally expecting to fall right into this pattern and be a throw-away movie in the middle of August that would be worth ignoring. But I was so wrong. Yes, this is a Disney movie directed at family audiences, so it's not going to do anything crazy or unpredictable. But this feels like an old-fashioned Disney movie that plays all the right notes and plays them very well. It's emotional. It's heartbreaking. You may need to take some tissues with you. But it's also inspiring and teaches a fantastic message to young kids while providing them with a fun adventure. This is not quite on the level of The Jungle Book remake back in April, but it's a whole heck of a lot closer to that than I was expecting and is honestly more enjoyable than most movies I've seen this summer. Pete's Dragon was a huge surprise for me and a huge win for Disney in terms of quality. I feel totally comfortable awarding it a 9/10.
Posted by Adam Droge at 6:05 PM