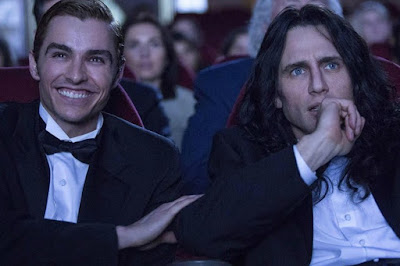 The 2003 movie "The Room," not to be confused with the 2015 movie "Room" (a great movie), is a movie that was written, directed, produced and starred Tommy Wiseau. While Tommy genuinely thought he was making a good movie that was even Oscar-worthy, the actual result was not so pretty as it has been notoriously labeled by many as the worst movie ever made. In fact, it is such a bad movie that, through time, it has gained a huge cult following of people who absolutely love it in an "it's so bad, it's good" sort of way. Some people even will go as far to say that it's the best "it's so bad, it's good" movie that has ever been made. A truly unique spectacle that needs to be seen to be believed. I will admit at this point that I have not seen "The Room" from beginning to end, but for someone who hasn't seen the movie, I certainly know a lot about it. I have watched many reviews of the movie on YouTube from people who have detailed the movie, I have watched several of the individual clips and I know many of the quotes from the movie really well. So I was fairly excited to see a movie that was about the making of "The Room," especially since director and star James Franco, an actor whose work I've always enjoyed, seemed extremely dedicated to this project.

"The Disaster Artist" is a movie that is based on the personal account of Greg Sestero, Tommy's best friend. Some time after "The Room" became a huge cult hit, Greg wrote down his story that detailed this in the book titled "The Disaster Artist: My Life Inside The Room, the Greatest Bad Movie Ever Made." This is a movie that is hilariously inspiring in a unique sort of way. Franco takes the time to reward fans of "The Room" by showcasing the strange, quirkiness of Tommy and how he came to make this. We get a peek into the behind-the-scenes work that went into many of the famous clips of the movie, thus providing a hilarious romp that caused me and most of the people in my screening to die with laughter. Thus a lot of credit has to be given to Franco as a director for his brilliant crafting of this genius comedy. On top of that, we also have to give Franco a lot of credit for his brilliant acting portrayal of Tommy Wiseau as what made this movie work so well is that Franco did a nearly perfect job of impersonating Tommy to the point where it looked and felt like we were watching Tommy himself in this movie as opposed to a Tommy impersonation of which we've seen so many times. Franco had his voice and mannerisms down to a perfection. 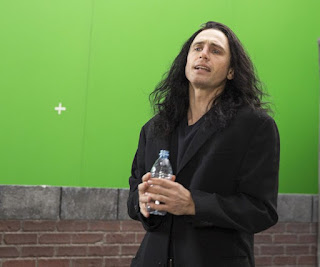 However, it's worth mentioning that "The Disaster Artist" is much more than just a hilarious movie that makes fun of this really bad movie and how it came to be, it's also a very moving film that will inspire you to chase your dreams regardless of how impossible those dreams seem to be. The thing that makes Tommy such an interesting character is that we really don't know much about him. No one really knows his age, where he's from or how he got so much money. Because, yeah, it is reported that he spent $6 million to make this movie and it doesn't seem like it was a big deal for him. When people ask him these questions in order to learn more about him, he'll answer them by telling what is obviously not the truth or perhaps simply partial truth. With no family around and no friends that know his true backstory, much of what we know about Tommy is more speculation than actual facts given how secretive he is. But it seems likely that he was born somewhere in Europe around the 1950's before coming to America for perhaps a better life. And how did he get so much money? He'll claim that it's because of the businesses he set up in San Francisco, but not even Greg Sestero feels that this is likely. A family inheritance? Drug laundering? It's all a big mystery.

The other thing that makes Tommy unique is that his brain simply works differently than other people. That's probably the safest way to put it rather than speculating as to what potential disorder he might have that leads him to act the way he does. What seems logical to most people just isn't for Tommy. He does his own thing. When you watch "The Room," everything in the movie is just so strange, but it all made sense to Tommy. He genuinely thought he made an Oscar-worthy film. Thus when "The Disaster Artist" explores the making of this movie, you can understand why so many people on set were so confused and easily frustrated. What in the heck was Tommy doing? What was this movie that they were making? Why was he treating everyone so poorly? Many people tried to reason with him, but it didn't work. When Tommy had his mind set on certain things, there often was no changing his mind, so you just had to roll with it. And given the lack of experience that many of them had with filmmaking, they just kinda went with it, assuming he knew what he was doing, especially given the confidence he had, when in reality Tommy was incompetent when it came to this. But he didn't care. This was his dream and he was going to follow his dream no matter what.

That's the big inspiration that one can take from this. Tommy didn't have any experience in filmmaking. Given how differently his brain worked, this was probably not something he was really capable of doing. But what he did have was a dream and the determined will to follow that dream no matter what. When film agencies refused to hire him or cast him for certain roles, he pressed forward and decided to make his own film because he refused to fail this dream. And through all the obstacles that came his way, he was successful in achieving his dream. He made his movie. Even though it didn't quite get the reception that he was hoping for given the lack of quality present, it eventually became hugely successful in its own right with millions of people around the world falling in love with it. That's quite the success story. If Tommy, who is completely incompetent at making a quality film, is able to follow his dream anyways and be successful in spite the odds, then whatever your dream is, you can make that come true as well. Regardless of how incapable you think you are or how unqualified you might be, if you have enough will and determination to follow your dream, you will be successful. That's what makes this story and this movie so special. 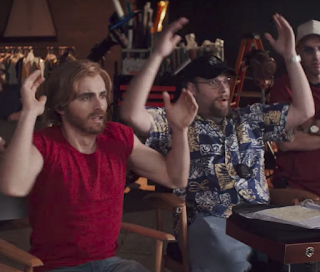 That said, I did notice that there weren't a whole lot of surprises in this movie. I don't know whether to blame the marketing for this or the movie itself, but perhaps the answer is a little bit of both. If you've seen the trailers for the movie, you've seen the whole movie. Every key moment in the movie was included in the trailers. That was disappointing for me because it would've been nice if they had waited to reveal some of those moments for the movie itself. While I think it's unfair to criticize a movie because of what the trailer did, I also think that part of the problem here is that they didn't go into very much depth beyond what the trailers showed. They breezed through the filming of the movie much faster than I wanted them to, focusing only on the major highlights that we all knew about anyways. I wanted them to slow down and take their time. We also began the movie rather abruptly and wrapped it up in a nice pretty bow in the end. There was a lot of story to tell here and they consolidated into 1 hour 44 minutes while it probably would've been justified to spend a bit more time on it, especially when it comes to that ending which took several elements of this story and combined them into one big moment instead of choosing to add another act onto the film.

As is, I do think this is a solid film that is a great companion piece to "The Room," as it adds a lot of detail and context to this unique experience that you'll have if you choose to watch the movie. Yet perhaps a TV mini-series may have been able to do even more justice to this or maybe a documentary? Or, you know, one could actually go read the book that Greg Sestero wrote that actually does go into a lot more detail as one would expect. I also would make a guess that this movie does cater significantly towards people who are either a fan of or aware of Tommy Wiseau and "The Room." If you have no idea who this guy is or this movie he made, yet you decide to jump right into "The Disaster Artist" anyways, I could imagine that you might feel like you are missing something like one of those moments where a group of friends are laughing about an inside joke that you aren't clued in on. Yet the story of following your dreams is universal enough that you would probably enjoy the movie anyways. But I think at least being aware of "The Room" would really help in this instance. In contrast, that also means if you are a huge fan of "The Room" and you love Tommy Wiseau, "The Disaster Artist" becomes a must-see. My grade for the movie is an 8/10.
Posted by Adam Droge at 4:21 PM