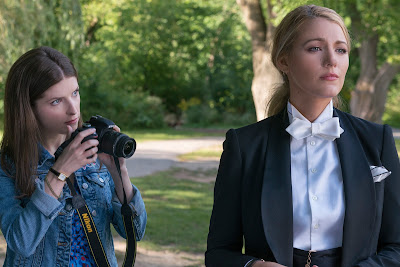 From the director of "Bridesmaids," "The Heat" "Spy" and "Ghostbusters" comes... a dark and twisted thriller? Say what? Yup. Paul Feig, who has done nothing but comedy his whole life, has stepped out of his comfort zone to direct a thriller. Even before he was directing comedic movies, he was bouncing around directing various episodes of comedic TV shows like "The Office," "Nurse Jackie," "Parks and Rec" and "30 Rock." Never has he done anything like this, which is why I was super shocked when I saw this trailer, then learned Paul Feig was the director. That alone had me curious because I wanted to see what type of movie Paul Feig had up his sleeve with this. But that wasn't quite enough to make me interested in seeing it. As I chronicled in my "Searching" review, September has been the place for bad thrillers with the likes of "No Good Deed" (2014), "The Perfect Guy" (2015) and "When the Bough Breaks" (2016) all being September releases. So I've conditioned myself that thrillers released in September will be bad, so I usually don't bother with them. And I thought that's what this was. Our annual bad September thriller. Then the reviews came out and they were on the positive side on Rotten Tomatoes, so that was enough to convince me to give this a shot.

With this movie, we're going to play the same game as we did with "Searching." If you like thrillers, you understand that the less you know about them going in, the better your experience is going to be. Thus I'm going to put up the warning label that you should just stop reading and go see this movie if thrillers are your thing. It's a wild, crazy ride that's worth your time. Although it does have more of the "Gone Girl" edge to it when it comes to content, so keep that in mind before you completely take my word for it and dive in. If you need a bit more, then feel free to proceed with this review. This isn't a spoiler review, but it's the type of movie where any details that are said could, in theory, be taken as spoilers. Hence the warning. On that note, in terms of a premise for the movie, I was put at ease a bit with the introduction because the first scene of the movies describes the premise. Anna Kendrick's character has vlog page (an off-brand of YouTube, because, unlike "Searching," I'm guessing they didn't want to pay to use YouTube itself) where she normally does various homemaking stuff, but this time she tells her viewers that her best friend has gone missing and she's sad about that. So that's our premise. Then we jump back in time to tell how we got to that point. 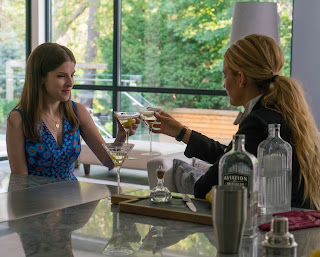 And this is what takes us to the most interesting part of this movie. The relationship between Anna Kendrick and Blake Lively. The platonic, friendly relationship that is. These two characters are written as completely opposite characters of each other. Anna Kendrick is the innocent, naive, bubbly single mother. Meanwhile, Blake Lively is the foul-mouthed rebel with seemingly no moral code. It's as if Blake Lively saw her real-life husband play Deadpool and wanted to try to do something similar. Anyways, how these two characters first meet is a little bit cheesy, especially since we get a slo-mo intro of Blake Lively when she first walks onto the screen. But after we get past that, these two are pure gold together. It really felt like the two of them were having the time of their lives while filming as if they're best friends in real life. I don't know if they are, but based on this movie I'd be surprised if they weren't. Their chemistry was just that good. When you have chemistry that good, it always makes the movie that much more enjoyable to watch. On the flip side of things, when there's a lot of conflict behind camera and actors aren't in sync with each other, that also has a tendency of rubbing off on screen, but in a bad way.

On that note, you immediately know that there's a lot more to this Blake Lively character. And the first clue is the obvious one in that the intro to the movie is five days into the future where Anna Kendrick states that her friend has gone missing. But even if they hadn't started the movie off that way, you would've been able to tell that there's a lot more to this character than is initially revealed and it gives you a sense of uneasiness as you move forward as she has this dark aura around her and a rather cunning personality. My guess when we started was that she was playing Anna Kendrick. Taking advantage of her innocence and naive nature. Thus it made their interactions a bit nerve-wracking. I felt like there was a real sense of danger that had me nervous for Anna Kendrick because I cared for her since she was set up to be the good girl. I don't want to say too much, but there is a point where Blake Lively is probing into Anna Kendrick, trying to figure out if she had dark secrets of her own, which made me think that there was more to Anna Kendrick as well. After all, even though she did have that innocent persona, she was willing to let this dark woman into her life and she wasn't quite as disturbed as you might think in interacting with her given the setting.

I do feel like I have given away too much, but I did warn you earlier, so I don't feel too bad. Plus, all I've discussed so far is from the setup of this movie. The first act, if you will. As we went along, I was getting a legitimate "Gone Girl" feel with this movie. If you've never seen that movie, I'd call that one of the best modern thrillers I've seen. It's dark and disturbing, but perfectly crafted by David Fincher, who rarely misses when it comes to his directorial filmography. The fact that "A Simple Favor" was reminding me of "Gone Girl" made me super happy inside as I became fully invested in the movie. It was feeling like a movie of the year candidate that was even superseding "Searching" as the best thriller of 2018. But I will say that there comes a point where you can tell that this a David Fincher directed movie, but rather a Paul Feig movie. Had this been a David Fincher film, I would have no doubt that this would've been an excellent movie that would leave me lost in thought long after I left the theater because I can only imagine what he could've done with these characters and this setup. But no, this is not quite that type of movie. When push comes to shove, I was totally fine with that because what we ended up with was quite the enjoyable ride in its own way. 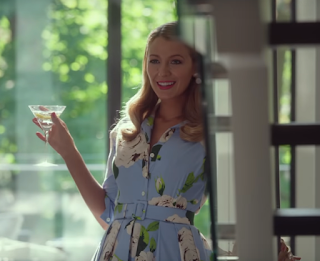 Some might still label this as a comedy. In fact, if you go to the movie's IMDb page, they have comedy listed as the first genre for the movie, ahead of crime and drama. I would disagree with that label, though. I think this is a drama or thriller first that also has comedic elements scattered in. The point of this movie isn't to make you laugh. The point is the thrill ride you are taken on with the disappearance of Blake Lively and whatever dark, twisted plan she has up her sleeve. But there are moments that did make me laugh and thus I could tell that this was a director who normally does comedy, but is trying his feet in the thriller genre, yet can't completely disappear into the project. If you've watched any of Paul Feig's films, you can definitely see some of his trademark humor in the movie and there are drastic tonal shifts in the movie. Because of this, I can understand if people come out of this movie complaining that the movie didn't know what it wanted to be, claiming that it's part thriller and part comedy, but not fully committed to both. Yet I would disagree with those conclusions because I felt that when it did shift tones, it did so tastefully without compromising the overall purpose of the movie, thus giving us a good blend of genres.

The final thing I'll say is that there does come a point where the movie reveals itself. Like every good thriller, there's a mysterious nature to this. A lot of thrillers make you wait for a long time before they reveal all their secrets, usually delivering a powerful twist positively impacts the viewing experience. I love these moments in thrillers. If you can successfully get my jaw to hit the floor, I will praise you to the high heavens. However, "A Simple Favor" is slightly different in that it doesn't rely on the twists. Rather it reveals its hand a lot earlier than I expected. For a moment I felt super smart that I had figured out all the secrets early on. But then I realized everyone in the theater probably felt the same way, so I immediately shrunk back down. From then on, the enjoyment of the film is predicated on whether or not you accept what the movie becomes. I personally did. And it's a journey that, while remaining its sense of drama and thrills, also doesn't take itself too seriously, almost in a Bond-esque way even though it never blends into becoming an action film. Yes, I was on the edge of my seat for a while, but then I was given the opportunity to slide back and relax, making this a unique experience that I wound up enjoying. Thus my grade for "A Simple Favor" will be an 8/10.
Posted by Adam Droge at 6:14 PM